Members of the Tri-State Italian-American Congress recently presented Edward Cardinal Egan scholarships to 250 families across the archdiocese.
The ceremony, held Jan. 19 at the New York Catholic Center in Manhattan, marked the first year the scholarships were awarded in honor of Cardinal Egan posthumously.
The program has been in place for 13 years and has awarded 3,000 students $3.2 million in scholarships. The winners must be of Italian lineage and nominated by their principal for the $1,000 award.
Dr. Timothy McNiff, superintendent of schools for the archdiocese, delivered the welcome. As he looked at the proud parents, teachers, family members and students in attendance, he said, “This is one of the most enjoyable events of the year.”
He thanked the parents in particular. “This is a real commitment you make to your children to send them to Catholic school.”
There were two large presences missing from the event this year: Archbishop Emeritus Cardinal Egan, the scholarship’s namesake who died in 2015, and Judge Louis Fusco Jr., former president of the Tri-State Italian-American Congress who died at the end of 2014.
Both men were remembered in a prayer offered by Auxiliary Bishop John O’Hara. “May we remember with grateful benediction Edward Cardinal Egan and Judge Fusco Jr.,” he said.
After the prayer, Bishop O’Hara recalled Cardinal Egan as the “number one leading cheerleader for Catholic education,” who believed that it should be more available, more accessible and more affordable, and who was thankful to the Italian-American Congress.
“His joy was seeing Catholic schools make a difference in the lives of our students,” Bishop O’Hara said.
Speaking personally, the bishop continued, “I’m very proud to say I went to 12 years of Catholic school and it’s really formed me.” He also shared that the base of his chalice contains the stone of his high school ring (Don Bosco High School in Ramsey, N.J.).
Louis Vele, president of the Italian-American Congress, delivered brief remarks. Other members of the congress who were present included Ralph Contini, treasurer and executive director; Richard DeSimone, vice president; George Greco, a board member; and Steve Vasilikos.
Michaela Nanna, a sixth-grader at Our Lady of Perpetual Help School in Pelham Manor, is thankful for her scholarship. “I’m very appreciative of the Tri-State Italian American Congress doing this for Catholic schools and kids of Italian-American heritage,” she told CNY.
“Being Italian-American is very important to me. It makes me proud of what my grandparents have done,” she added of both her paternal and maternal grandparents who immigrated from Italy.
Her father, Joseph David, told CNY he is proud of his daughter. The scholarship, he said, reinforces “all the things I tell her: ‘If you work hard, if you participate, if you give back to your community, you will be rewarded.’
“It makes her school, the community and her family proud,” he added with a smile. 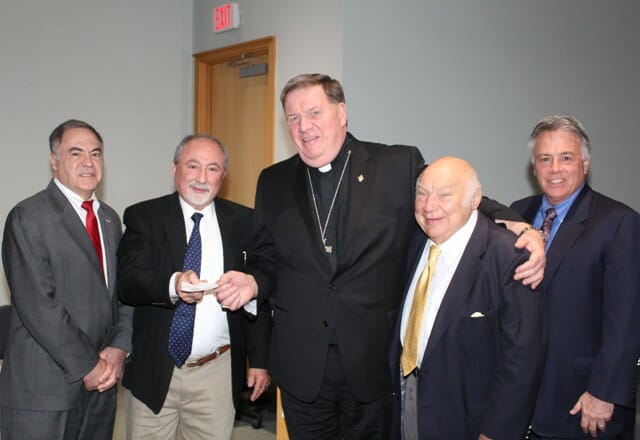 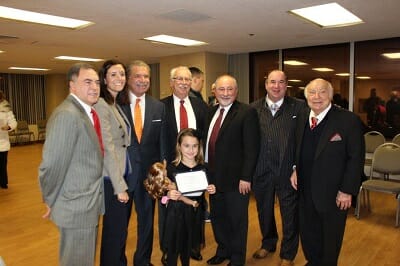 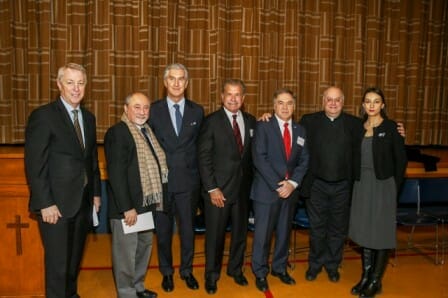 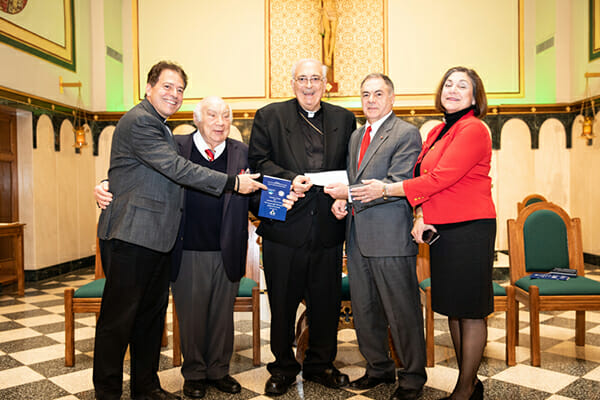